Money Makers! The Beach side Hut and Andvari Falls: Cameo 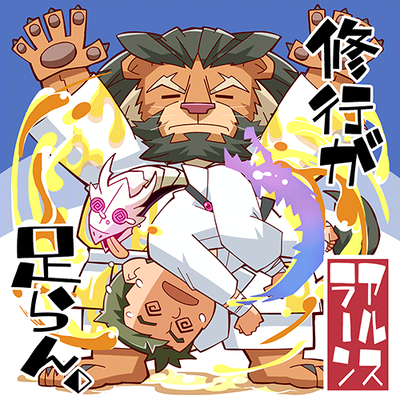 15 comments
[Show Comments]
All trademarks and copyrights on this page are owned by their respective parties. Images uploaded are the responsibility of the Poster. Comments are owned by the Poster.
The stories and information posted here are artistic works of fiction and falsehood. Only a fool would take anything posted here as fact.

Considering that he is heavily connected to Susanoo, him appearing might spells trouble for Amaterasu in the future and spoils a lot of story (Like Kyuma and David with Mr.Mononobe).

Does this guy appear in ANYTHING?!

He is basically TAS' Haru Okumura

He's a character with purple motifs everywhere and basically no red but he's a fire elemental for some reason. Okay.

Give this boy some screentime pls!

most irrelevant character in the entire game. not an event appearance, not a cameo in main quest. why cant all daichis be like this

I've been playing for a few years now. I just now pulled this guy for the first time. My immediate reaction was "wait who the fuck is that?"

This one can kinda get it though

It feels like the artist pasted Kenta's face over a buff body and called it a day.

Really want him to be more important. Him being cursed by Orochi is very interesting. Hope he appears in later chapters

His design is also pretty nice. But i feel such a huge disconnect from his head and his body

Wounding when we'll meet him! He's the only one we didn't meet yet

Underrated. The boy literally sticks his butt out for us in his 4 star what not to love.