43 comments
[Show Comments]
All trademarks and copyrights on this page are owned by their respective parties. Images uploaded are the responsibility of the Poster. Comments are owned by the Poster.
The stories and information posted here are artistic works of fiction and falsehood. Only a fool would take anything posted here as fact.

Why's his butt so smoothed out in his latest skins?

My poor Bathym... when the fuck are gonna have some skill upgrades? No seriously, WTF are those skills? T_T

Like many of the characters who have been ingame since the beginning, he greatly suffers from outdated underwhelming skill kit... come on DEVs, Buff your OG characters cast

This man don't just have cake, he has a fuckin bakery

Buddy Same. If there is a Doujin of this guy, you better believe I will search all corners of the internet to find it.

I want to slap his ass like a drum

You see this fictional character? I'm not afraid to admit that I've lost liters of cum to this character of mere fantasy. Isn't it funny how not even real guys arouse me like he does? I have killed millions of my offspring to the thought of having an intercourse with a cartoon character, a character conceived by the mind. Who knows, maybe there was a scientist who could have cured cancer, the engineer who could have figured out the terraforming of Mars or even the future president of the United States among the sperm that now lay on that tissue, needless to say, I don't regret it. He’s literal Perfection, I can assure you that I will keep fantasizing about him and I won't stop any time soon. Do you think that the fact that he’s not real is a barrier to me? Hell no.

He deserves a skill evo that gives him combo with 100% uptime. I know he came out before combo even existed but it's still dumb that he doesn't have it

For all intents and purposes Bathym is Sitri's God Uncle. He knew his dad personally and he practically saw him grow up.

No, Bathym says that he knew Sitri's dad. He's definitely not Sitri's dad since there's a loading screen of Bathym seemingly trying to flirt with Sitri and getting punched in the jaw. 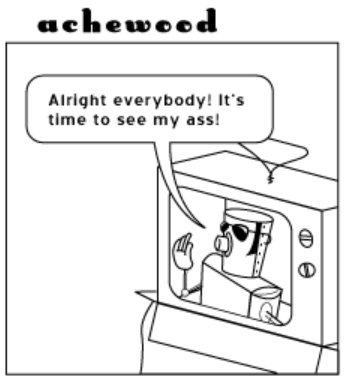 I've watching Trigun lately and I'm 90% sure his voice actor is Masaya Onosaka...

Lord l, bathym is such a boyfriend material, lewds the situations but never pull down the the atmosphere

LW pls a skill evo for him

Lord l, bathym is such a boyfriend material, lewds the situations but never pull down the the atmosphere

LW pls a skill evo for him

can he be my dad

Where did Bathym learn capoeira, I wonder?

"Nomad! I'm trying to run at the speed of sound but I'm dummy thicc, and the clap of my ass cheeks is slowing me down"

I want Bathym to Power Bottom me!

>tfw all your in-game art is completely fappable

That tail demon knew exactly where he wanted to be for the rest of his life, and I have to applaud that kind of commitment

From my personal experience using Bathym, I'd say he's a pretty solid unit; Especially with the Crit that he gives himself. The only thing that I find as a drawback is his blowback skill, which can be really situational in terms of its usefulness.

Awww so many nice comments about me

Best bottom chara! <3 love him so much

looking at his sprites makes my back hurt so bad

Is his love line in the game or did someone just leak it?

Did anyone see their christmas outfit? Their tail has a little santa hat!

His gay ass is what sold me on this game

Every pose he's put in makes me laugh.

He just loves it.

"Stage Hypnotist who use his butt to hypnotize people"

Because he's worth it

Who is this semen demon?

Well if i’m not wrong in his biography says he’s Bi, but so what?

I want him to be officially gay, with dat sassy butt and attitude oH yEsh