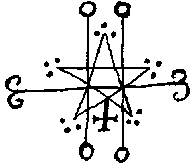 26 comments
[Show Comments]
All trademarks and copyrights on this page are owned by their respective parties. Images uploaded are the responsibility of the Poster. Comments are owned by the Poster.
The stories and information posted here are artistic works of fiction and falsehood. Only a fool would take anything posted here as fact.

Hands down, one of the BEST Free event units to this day

Curious, both of them dislike Seth because of Baal/Bael's appearance, but they don't dislike Bael

Damn both versions of them are amazing units, I wish I'd started playing during the Canaan event. Hopefully it'll get reprinted soon ('less LW adds them to the shop permanently ofc)

Ursula is Guy Fieri after a long transition.

tho personally I really am curious as to why they hate Seth , what did my lil baby do :((( or maybe it really is just because he looks like Baal??

yeah i agree me too , I'm glad they made it very clear that Astaroth is indeed trans female and felt major dysphoria in their body and it wasn't their power making them uncomfortable it was their body changing to be able to suit that power were as with Astarte she canoncially says at the end of GoGo2 that she doesn't know if she wants to be a boy or what , she always goes on about how she wanted a body that was strong (which I mean you can be strong in a female body to ) while Astaroth was always talking about how he wished he was smaller and daintier and how he hated his body for the way it was.( im using he/him pronouns for Astaroth to make it less confusing). And yes while Ibaraki changes back and forth from female to male this of course doesn't count since Ibaraki's never expressed any discomfort with their body being male and only changes into his "female" form as a power up and not to feel more comfortable due to dysphoria . The most i can saddle up Ibaraki to be is possibly genderqueer tho since he's never expressed dysphoria over his body or questioned his gender as far as I know, who knows .

if any at all are interested you could always head over to housamosummaries.blogspot.com or just type in housamo blog and it should come up that has a fan translation of promised canaan as well as other events

For those of you who don't know, Astarte was the pre-Semitic goddess of fertility in the ancient Canaanite religions. After the First Temple forced monotheism onto the region, belief in her was vilified as demon worship. Over time, this label evolved into the Judeo-Christian figure of the devil Astaroth, who came to be mostly portrayed as male. Astaroth having Astarte as the Saku to his Bo is a clever way of reconciling these two disparate takes on the same entity.

Astaroth (purple hair) is a trans girl, and Astarte (blonde) is possibly transmasc (they only really start questioning their gender towards the end of GoGo 2, so it's a little ambiguous); Astarte is Astaroth's past life (kinda)

I think they're Male and Female, 2 different entities that can talk each other, like Oz<->Zo and Light Ded<->Dark Ded

I'm glad we've got some trans characters now (no Ibaraki doesn't count), though the execution was kinda weird with Astarte.

I'm mad that they hate best boi Seth, but it makes sense since Baal looks like him.

She hate Seth maybe because Seth look like Baal (Still not sure it's his true name).

How do you "hate" Seth? Fuck this cunt.

Really loving the Dual-skills of this unit

Well there on the side of Michael so fuck this bitch and her dopey looking brother/other half.

In case anyone’s interested, he’s most likely from Gehenna.

That is a very interesting gameplay mechanic. =O