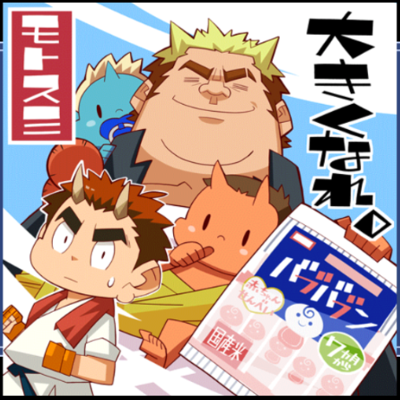 18 comments
[Show Comments]
All trademarks and copyrights on this page are owned by their respective parties. Images uploaded are the responsibility of the Poster. Comments are owned by the Poster.
The stories and information posted here are artistic works of fiction and falsehood. Only a fool would take anything posted here as fact.

no. i tried to say the middle schoolers all looked like shit not that *he* looked like a kid. coz his design sucks but at least hes not a child

What insane shit are you on about. This guy looks more adult than most of the other human characters.

what is wrong with you guys? if you can't accept it, just don't play the game

worst design in the entire game. barely above the pedobait characters

How is babby formed?

How oni get pragnent?

Why does he hate Gamr?

In setsubun version he sounds so chill :O

This daddy finally got a scene! Ooof!

Dat belly on his new variant tho, hnnng

He has zero character though.

i like him as a character, but his face is so ... ugly

You mean cool and hot dad