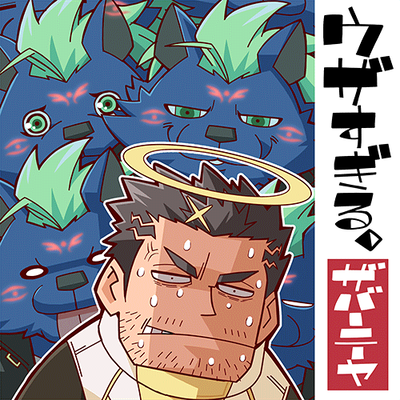 Anonymous user
No. 12386
11 months ago
Score 0 You
Wow, in the picture you can see Shaytan in his Fashionista variant!

Put it so deep I can't speak a sentence

Anonymous user
No. 11955
13 months ago
Score 0 You
jaw drops to floor, eyes pop out of sockets accompanied by trumpets, heart beats out of chest, awooga awooga sound effect, pulls chain on train whistle that has appeared next to head as steam blows out, slams fists on table, rattling any plates, bowls or silverware, whistles loudly, fireworks shoot from top of head, pants loudly as tongue hangs out of mouth, wipes comically large bead of sweat from forehead, clears throat, straightens tie, combs hair Ahem, you look very lovely.

Anonymous user
No. 11929
14 months ago
Score 0 You
Hello sir may I rest in your legs and cuddle you with my love as my punishment?

I'd climb every mountain, and swim every ocean Just to be with you and fix what I've broken 'cause I need you to see

That you are the reason. :jacoffee:

Does this mean future bosses that do not have literally 20 million HP will be immune to HP down?

And how is that a debuff anyway

It's Zabaniyya showing his ass in his Halloween asking :3

Anonymous user
No. 9390
22 months ago
Score 0 You
OMFGZADDYZABANIYYAPLEASENOTICEMEAAHHH!!!!

Anonymous user
No. 9020
25 months ago
Score 0 You
Happy Birthday ZABBYYYY

Anonymous user
No. 8237
26 months ago
Score 0 You
God I wish I was Kengo losing to him near at the end of the chapter.

the one that faints is either agyo or shiro. period

MC: Hey guys Shiro: Oh hey MC your back! , so what was that thing you got called out to Aooyama for anyways? MC(casually slurping a slushie): Marriage (shows them their ring finger with the wedding ring on it )

All the Summoners in unison : WHAT EXCUSE MARRIAGE OMI WHO????WAIT ARE YOU SERIOUS????!!* one of them faints from shock

MC: I do Maria,Arsalen and Gabriel(crying): Awww MC: Or DO I?

I ABSOLUTELY LOVE that Zabinaya's little love scene in Sea Side Fashonista pretty much confirms that Azazel is ZabiniyaXMC's biggest shipper. I betchu when they got to the cathedral the place was full with thousands of people , there was cake and foods of incredible variety everything was decorated and polished from head to toe and he even has birds that'll scatter when they kiss, he has a whole band playing and roses thrown EVERYWHERE , he probably had a banner that said ( MC and ZABINIYA COME ALL) that man no doubt had wedding rings that fit both of them perfectly with each others names inscribed made of gold or something , this man had pamphlets made and is having the whole thing recorded by a whole crew of camera men , its even streaming on all sorts of social media plateforms and hes even booked em a 5 day trip for there honeymoon , theres a whole carriage waiting to carry them to a limo to then take em to the airport to a fuckn resort or something MC just walks in and sees all the shit , somehow manages to not notices the banner Azazel: do you take this man to be your lawfully wedded husband ?

MC(who literally had no idea this was happening till like a half hour ago when they walked ): there were rose petals scattered as i walked in , i no longer have a choice( woulda probably liked to date them first but would still like to marry them none the less)

Anonymous user
No. 6873
31 months ago
Score 0 You
i have to cream but god is into orgasm denial

Anonymous user
No. 6849
31 months ago
Score 0 You
You think he can crush a watermelom with his thighs?

Meh, wait for fashionista zabaniyya, anyway his og is permanent but still with the skill evo I don't think is really worth, of course it's some huge charge damage everytime but is still thrust range and fashionista still looks waaaay better

There's info I found for 5* Zaba posted by @housamo_eng "Default 5* Zabaniyya's Skill 1, "Judgement Dealer," gets a Specific Skill Evolution Quest. It changes to "Praying Executioner," which increases the proc rate on Stigma, and adds "[When Appearing] Apply Prayer to self, [After Receiving Damage] Gain CP, and [After Debuff] Gain CP"

Looks a real good deal to me as originally I am saving up for Fashionista Zabaniya, should I pass this event for now???

Anonymous user
No. 5500
34 months ago
Score 0 You
Fun fact: the name in arabic, spelled as 'زبانية' (Zabaniyah). The letter ة at the end indicates that it's a feminine noun, means that the person is actually female. But oh well FGO likes to gender swap historical/fictional figures into female, guess it's acceptable to do the opposite in housamo XD

I too wish you take my feelings i hid in chest as well, since it's burn so hot and so bright i afraid i can't hide it anymore.

Let the flames of my love keep your warm and it's light brighten your way, so then one day, you are finally found your way home, as i will always be there, waiting for you.

Anonymous user
No. 5182
34 months ago
Score 0 You
Those thigh holes, I wanna do what that guy did to the Mii Gunner girl to them

Yes, but it's a set for a price of one. Thighs and ass

Anonymous user
No. 4966
34 months ago
Score 0 You
I'm glad Zabaniya has a good fanbase

MC has just popped the question—yes, that question—and Zabaniyya doesn’t have an answer. He flees ward for Minato to see his confidante and sometime-Domme, Master Arsalan. Will a weekend of beignets and beatings help him untangle his knotted-up heart?

Anonymous user
No. 3299
39 months ago
Score 0 You
When he makes that sad face, I can't help but feel like punching him, kissing him and sucking his dick

Anonymous user
No. 3254
39 months ago
Score 0 You
MMMMGGHHHHHH ZADDY

Anonymous user
No. 3019
40 months ago
Score 1 You
Zab, oh my Zab, it’s for you that my heart yearns for every night. If you come to my dream then I can hold you tight. If you give me a kiss then I know that you are mine. Let the flame ignite our soul, turn our passion into desire. It is in your arms that I find my paradise.

Anonymous user
No. 2809
42 months ago
Score 0 You
Dawww the picture in the background with him and Arslan <3 I LOVE THEM

Anonymous user
No. 2716
43 months ago
Score 0 You
Zabaniyya has the full package... Too bad that I'm unlucky

Anonymous user
No. 2705
43 months ago
Score 0 You
I so desperately want this beautiful man but I’ve spent just about everything I’ve had. I at least got Wakan so I’m stoked about that at least ( seriously though, 200 stones and like 2 tickets and I somehow don’t get the event 4 stars lol). Gotta start saving up again. Will most definitely try for him again on his rerun.

>>2691 Seems like LWs literally hates me for no reasons even if I threw money at them, lol,