A Place Where the Cats Can Dream.

During the reprint, the banner will be returning containing the units:

Tezcatlipoca (Festival). There will also be a new AR banner with the following ARs:

Shopping at the Antique Market,

A Lesson in Goldfish Scooping,

An Encounter at the Festival and

A Surprise from a Comrade. The new ARs will be a part of the event boost as follows:

Transients with a festival skin will also be giving a bonus:

There will also be new character quests for

Finally, a new batch of Skill Quest will be added during the event period. The skills receiving a Skill Evolution Quest are the following: 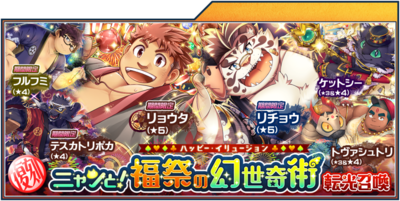 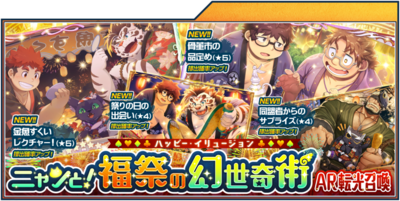 Anonymous user
No. 12189
12 months ago
Score 0 You
hell yeah,this is perfect to grinding