Lifewonders is re-releasing the collaboration event with their first product, The Summoned Brave & Fantastic Boyfriends (F-kare) along with TW, EN and CN localisation for its quests and the past High Difficulty Quests that event contained. In addition to the limited Transient Summon banner returning, a brand new AR Summon banner will be available with brand new limited ARs. All the units in this event and most AR Cards are limited to this event, meaning they won't be added to either permanent summoning pools. The limited availability include

The Hero (through Event Shop),

"Sweating Together, Through Good and Bad",

Snapshot of That Day and

Cheers to Adventure . In addition to this, the following new AR card will be added to the permanent pool

This One's for the Summer Seas!.

Tanngrisnir. All the units in these banners give significant bonuses to the farming quests.

A new character quest for

The Hero is scheduled to be released during the event period.

New Fantastic Boyfriends merchandise has been announced to be scheduled for distribution as well as a sequel collaboration event to this event story, details for these will be announced later. 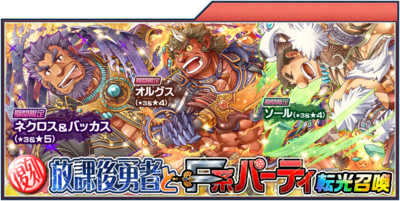 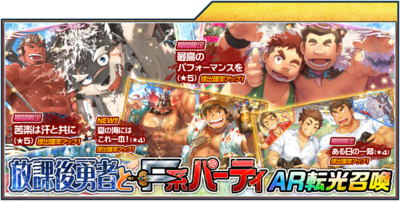