Kicking off after the release of Nightglows event in May, Chapter 12 is finally releasing. With it comes 4 new units for the main banner which will contain:

Smoky God. Only the gacha starts on Friday, 9th July with the Main Quest slated for release starting Mid July. Alongside it is a reduced stamina campaign where the normal stamina consumed for a main quest is reduced to 1/2 for normal main quests and 1/4 for free quests, which are farmable quests in the main map. The probability to get a GREAT or AWESOME when levelling up units with Stars will be greatly increased for a short period of time.

During the campaign, chapter 11 of the Main Quest will also be sequentially localised in EN, CN and TW along with a re-release of the Chapter 11 banner.

In commemoration of the new chapter release, the following login bonus will be held:

In addition to the above campaign, Lifewonders is running a new campaign under the chapter 12 release. Starting 21st July 2021, a new set of summer coin quests and banners will be released. The Tower of Babel will be equipped with new quests that increase

Protagonist's (any body type) Sacred Artifact Level. New special coin quests will be released and feature a daily rotating rate up based on the various guilds in the story, along with newly released ARs that will also provide a rate up. 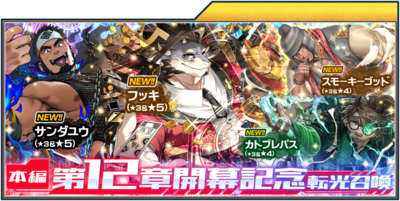 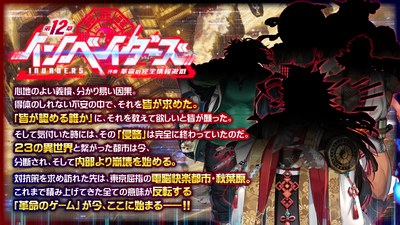 Very insightful. Thank you for sharing

Anonymous user
No. 10800
18 months ago
Score 0 You
I WANNA SUCK AND GET SUCKED, RAIL AND BE RAILED, TO CHOKE AND TO BE CHOCKED, MILK SEVEN COCKS DRY WITH MY ASS WHILE I BREED A BEEFY HAIRY MAN UNTIL HE MOANS AND SCREAMS