The transient summons banner for Main Quest Chapter 11 has been scheduled to be released at a later date, after the initial episodes' release. This gacha will presumably include

Marduk . More information will be clarified as the story keeps getting updated. Alongside the chapter release, a half stamina cost campaign for Free Quests is being held as well as a three quarter stamina cost reduction for Main Quest episodes for a short amount of time. Furthermore, the probability to get a GREAT or AWESOME when levelling up units with Stars will be greatly increased for a short period of time.

In commemoration of the new chapter release, a login bonus campaign is also being held. 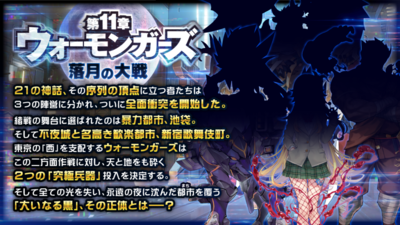 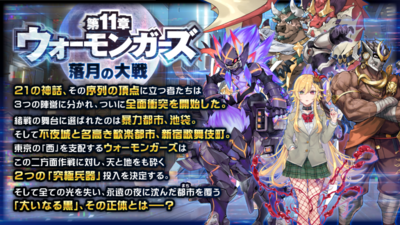