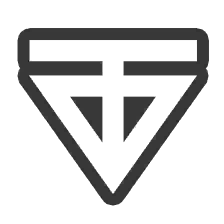 VALIANT (kanji 英雄) attribute is also referred to as Hero in in-game files. While characters who bear this attribute seem to play an important part of the story, the commonality between them, if any, is unclear, though majority of them appear to be in possession of the weapons once used by the Exile of their worlds in some way. It is one of the special attributes, which includes Infernal, World and All-Round, standing seventh in the elemental sequence of the Support Lineup. Valiant cards have modified damage multipliers when facing other cards of specific attributes. These multipliers are listed in the table below.

Valiant boosts and limit break materials are obtainable in Daily Quests on Wednesdays JST and in certain free quests.

AR Equipment can only be equipped on cards that match its limitation criteria. Valiant attribute is one of the potential criteria. Below is a list of ARs where Valiant is specified as a restriction or where no restriction is set.