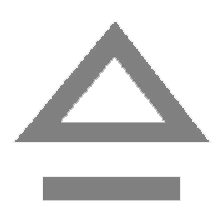 ALL-ROUND (kanji 全) attribute is also referred to as None in in-game files (not to be mistaken with None weapon type), and is sometimes simply referred to as All (not to be mistaken with All weapon type). In the story, it is associated with users that bear many souls and/or memories. It is one of the special attributes, which includes Infernal, Valiant and World, standing ninth in the elemental sequence of the Support Lineup.

It is notable for having the smallest pool of characters, currently featuring only three regular cards (Musashi, Christine and Tomte, who is only of this attribute in his 4*) and two limited variants (Shino and Robinson), as well as the Protagonist. Unlike cards of other attributes, All-Round cards do not have damage multipliers when facing other cards of specific attributes. It can also be thought as All-Round cards having the same multiplier for all cards, as indicated in the table below.

AR Equipment can only be equipped on cards that match its limitation criteria. All-Round attribute is one of the potential criteria. Below is a list of ARs where All-Round is specified as a restriction or where no restriction is set.