Difference between revisions of "Moritaka" 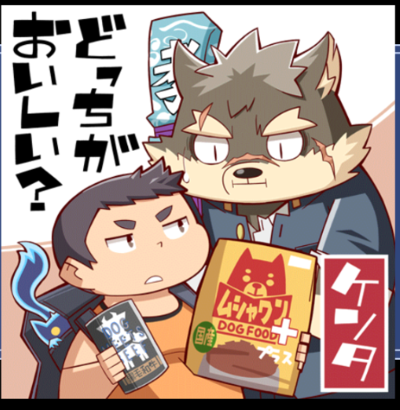 122 comments
[Show Comments]
All trademarks and copyrights on this page are owned by their respective parties. Images uploaded are the responsibility of the Poster. Comments are owned by the Poster.
The stories and information posted here are artistic works of fiction and falsehood. Only a fool would take anything posted here as fact.

While Solomon might be technically the mascot of the series, Life Wonders didn't make a giant mascot outfit for their promotional out of him. Mori might as well be the breakaway mascot at this point.

Also dear lord this new variant of his is powerful af.

He fills the Valiant role a million times better than Traptomo that's for sure.

Honestly, all i want is to pull aizen but i got him instead, guess that'll do

Wow Jamboree Moritaka is STRONK. Glad I got spooked by him

hes not a mascot, that'd go for salomon. he's just a really really popular character in japan so ofc they'll give him everything

Lil Salomon is more of a side commentator than a mascot.

I thought lil salamon is the mascot

maybe if you stanned the hakkenshi...

Because he's the the mascot of Housamo?

Oof, Your past was pretty "ruff" eh?

Overrated character in the entire franchise.

Come on, why he always has to be the most privilegded one in everything?

Probably the best Valiant unit in the game right now. Definitely worth getting.

>>7001 I took a Friend's Jamboree Moritaka in the Yog-Soggoth Dungeon today!

The Combo + Concentration buffs and the forced Blowback on self just destroyed 2 Column with 4 mobs! This was perfect timing

Oh and he One shotted Yog-Soggoth with his ultimate :B

this lad is powerful

Only one needed tbh, cuz this brat always yeets to the right side lmao

with the combo and horizontal push this guy will be a pain to position if you dont have sum1 w horizontal expansion :tuatgua:

Next Life wonders will turn that Housamo anime into cut scenes for the up coming Housamo Pachinko franchise! In between rounds popular characters like Macan or Kamui would shake their goods.

LOOK AT HIS LIL' HAT IT'S SO CUTE

Don't worry, I doubt this will become like FATES Mobile game where a single character has like 10+ different versions xD

A second variant? Fucking really? Wow, Everyone should boycott this game.

And then Lifewonders said fuck it, let's make him the first Character to get a 4th version, and make that limited time version 5 stars as well.

Granted his is the game's mascot and beloved by many including myself.

But there are characters still with no variations

"tokyo afterschool summoners 2," i say into the mic. the crowd boos. i begin to walk off in shame, when a voice speaks and commands silence from the room.

"she's right," he says. i look for the owner of the voice. there in the 5th row he stands: moritaka inuzuka himself.

inb4 this guy gets a second variant

boi I love this dog

I have the same height but I just weight 70 kg. and I look way thinner than him

please Lifewonders make a Housamo anime about Moritaka be a hot sexy girl in HighSchool and he want to destroy Evil. the name of the anime should be Moritaka:the HighSchool Girl Z. please Nintendo, Sakurai and Hal make that happen.

i love how he and shino are almost one and the same while the rest of his brothers are. you know. anything but shino-like

choke you to death.

what that bulge do

maybe biphobic, i have to work it out. Anyway, im just tired of it always being the same "hurr durr you have her soul in you i will forever love you regardless of your gender" bullshit. its cheap as fuckkkkkkkkkkk

Why hes not obtainable from the ally summon?