Page under construction during retrieval of assets.

Lifewonders is reprinting past Valentines events during this limited period alongside their respective gacha banners. This time, there will be no Free Quests or Event shop to farm special currency tokens for, however a login bonus of

Transient Stonex1 will be distributed every day starting on the 1st of February for 7 days. With the re-release of these Valentines events, the English Translations for the events Valentine Jail! and Valentine's Extravaganza! will be released, alongside with the translation of all valentines special quests up to this point. As stated, the gacha banners for Valentine Jail! and Valentine's Extravaganza! are being reprinted. The rates can be found on their respective pages at: 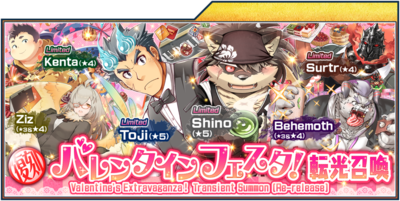 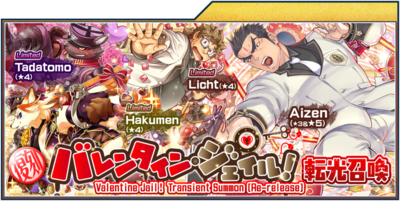 All of the previously existing Valentine's special date quests will be available again until mid-March, this includes the quests from Valentine Panic event as well. To access them, all you need to do is possess the respective character unit of any rarity and have completed their respective Valentine event until the end, be it the 2017, 2018 or 2019 one. They can be accessible in the Event and Past Events nodes on the map. Some characters like

Shennong (☆3 and ☆4). Temporary information about these units will be added to this page first. Some of these units possess new status effects, these being

Poison reversal. Alongside the chapter release, a half stamina cost campaign for Daily Quests is being held as well as a three quarter stamina cost reduction for Main Quest episodes for a short amount of time. New permanent missions have also been added, these award a total of 5

Transient Stones per Main Quest full chapter completed. In commemoration of the new chapter release, a login bonus campaign is also being held.

A new Dungeon is also planned to be added in the near future close to the ending of this campaign, Ikebukuro Underground Labyrinth, working similarly like the previous Dungeon Quests. By completing these quests, players will be able to obtain 遠雷の闘士の破片 (Fragment of the Distant Lightning Warrior) AR card (provisory name) through the Proceed missions available. To progress through them, players will need to acquire a certain number of

無窮の銀の鍵の欠片 (Pieces of Endless Silver Key). These key fragments are different from the ones obtained at the Shinjuku Library dungeon, indicating that each new dungeon will have a different kind of key to progress. 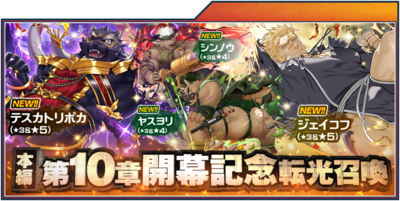 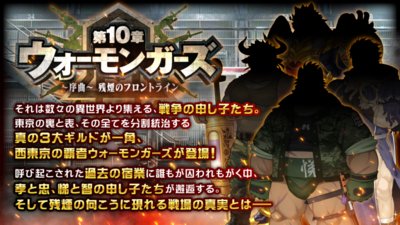 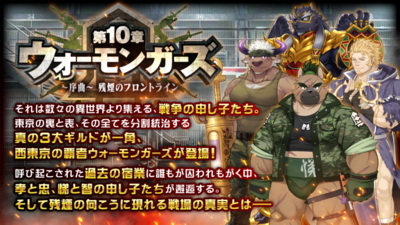